Today was a very busy day of sightseeing in Beijing! Three people I met at the hostel and I started our day off by going to Tiananmen Square and the Forbidden City. Tiananmen Square, which is located right in front of the Forbidden City, is only about a 20 minute walk from the hostel, but when we got closer to it, the roads were all blocked and nobody could get through. Patricia and I tried to communicate in Chinese with one of the officers standing by, and apparently the area is closed due to Congressional meetings for the next 5 days, but the Forbidden City is still open. To get there we had to take 3 different subway lines, just because of the blocks that were put up, and once we got to the entrance the line was really long to get through security. 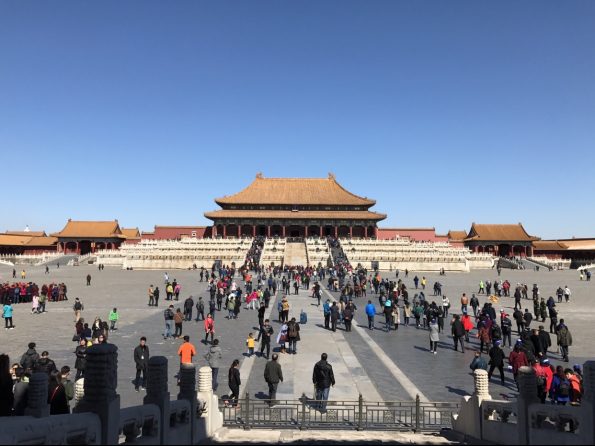 We finally made it through security and walked over to the Forbidden City. It is stunning, and massive! I believe there are over 90 buildings in the city, unfortunately you can’t walk into the buildings themselves, but you can go up to them and look through the glass to see what’s inside. The details in the buildings are amazing, the time and effort it took to build them I’m sure was a whole lifetime for some. To get through the entire length of the city it took our group about 4 hours, and we didn’t really stop to take any breaks. After we were done there, we went to Jingshan Park which is located right outside the exit of the Forbidden City. The park was only 2 yuan to enter, and then you have to climb up to the tallest point where there are some beautiful views of the city, and especially of the Forbidden City. You can honestly see everything from the top.

Once we were finished at the park, we wanted to make our way to the Birds Nest Olympic Stadium where the Beijing Olympics were held, but we were also really hungry and wanting lunch. We decided to get down to the bottom and then try to find a restaurant. At the bottom, we were bombarded with people trying to get us to take a rickshaw ride. We were pretty hesitant because all 4 of us had heard stories of people getting mugged among other things on these rides, but the subway was a 35 minute walk, we were tired from our exploring, the taxi tried charging us 250 yuan, and the rickshaw only cost 40 yuan, so we settled on going for an adventure. It started off normal, and then he took us along some back streets which we were nervous for, but it ended perfectly fine, and I can now say I took a rickshaw ride while in Beijing. 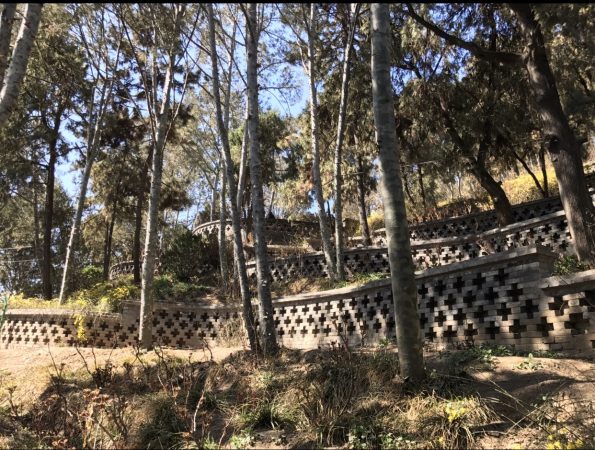 The rickshaw took us close to a restaurant where we ate lunch. I had some really good noodles, a chicken dish, and some meat pies that we ordered as appetizers. I’m also becoming pretty good at eating with chopsticks! After lunch we made our way to the Birds Nest. On the way we saw a lovely park with a huge lake that we walked around for a couple of minutes. When we made it to the Birds Nest, it left something to be desired. I love the Olympics, so I was really looking forward to seeing it, but it wasn’t really worth going. All you really do is walk around and see the outside of the buildings, or you can pay 4 times as much to walk inside than you do for any other attraction in Beijing. 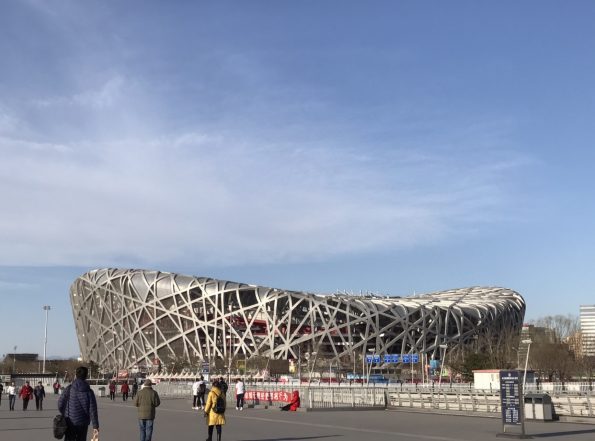 After our Olympic adventure, we headed back to the hostel because we were tired! It was a very exhausting day, but it was awesome to see all of these sights, and to just enjoy being a tourist with other people.