After leaving Ireland, I headed to Birmingham, England to meet a family friend who has known my mom since before I was even born. When I arrived, we had planned to go to a pub, but I was pretty sick so we headed back to his house to call it a night. I had a cough throughout Ireland, but it seemed that as soon as I landed in Birmingham it got 10 times worse. I wasn’t going to let that slow me down at all, and the next day Adrian took me to Stratford. Stratford is the home of Shakespeare, where he was born, grew up, and eventually came back to settle down with his family. He is even buried in a church in Stratford. 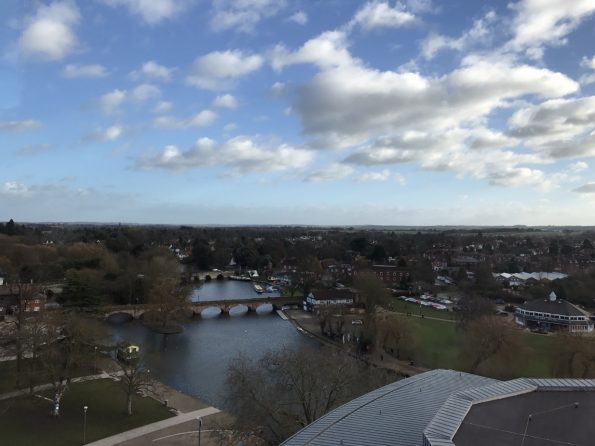 Stratford is a very cute town with a lot of the original buildings turned into apartments and businesses, and it is really nice to see a place with a huge history behind it. We visited the Royal Shakespeare Company where they were preparing for a live showing of The Tempest in theatres across England that night then went up to the tower to see views of Stratford. After that we went to Shakespeare’s birthplace which has a lot of the original furniture and was interesting to walk around in. 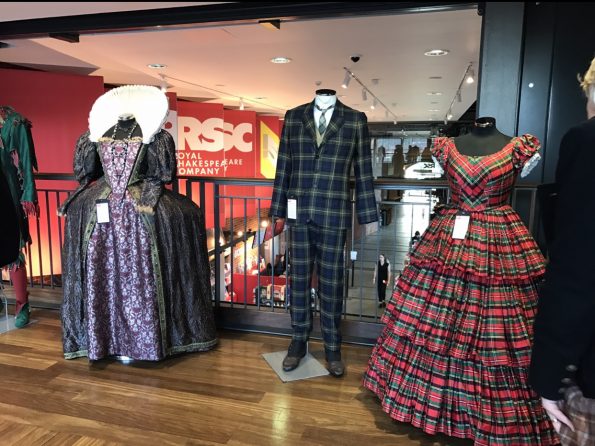 After the birthplace we headed to Shakespeare’s New Place, which is where he had his final house while in Stratford. His house is no longer there, but they had artists come in and make sculptures and a garden with their interpretation of how the house was set up while he was there. The gardens were gorgeous, and I think they did a really nice job with it. We also walked along the river walk on the River Avon up to where Shakespeare is buried. The church was gorgeous, and still had its original door that was really short. After doing that, we headed back for the night to have dinner with one of Adrian’s friends. 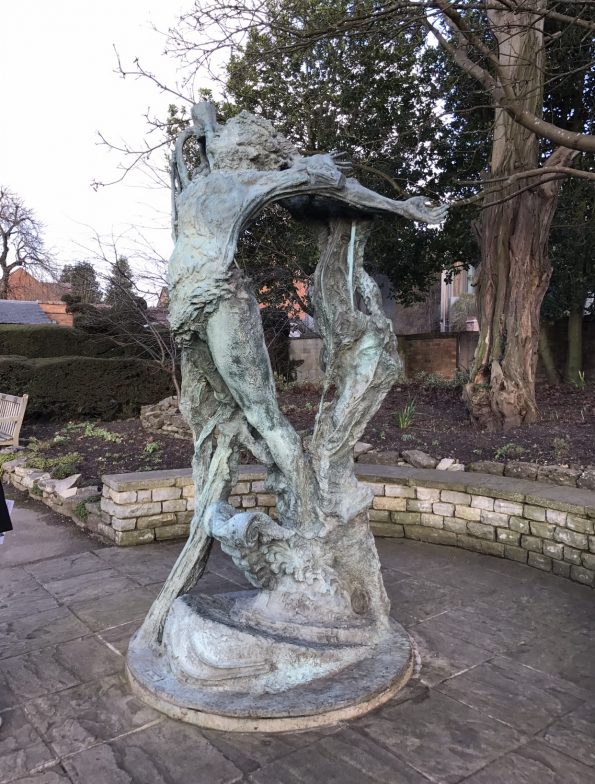 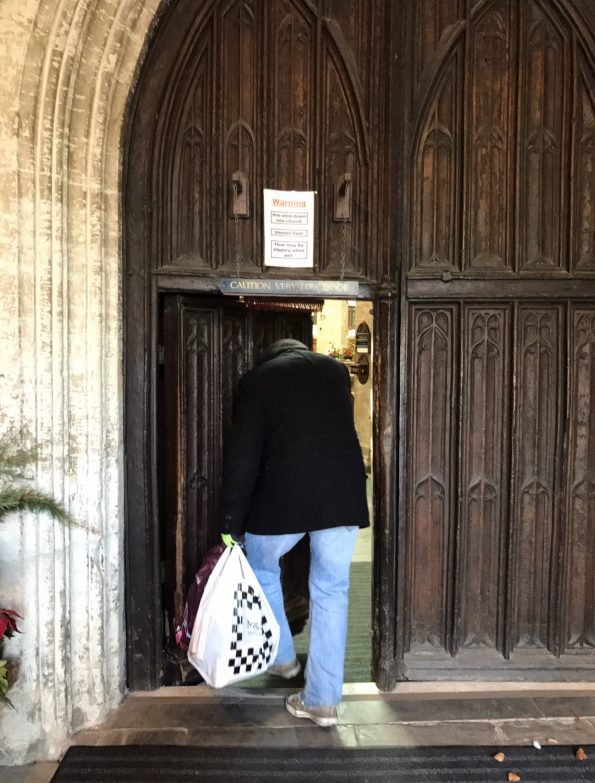 The dinner I had was a very traditional dish for the working class in England called faggots. I was nervous to order it because it is normally made out of meat cut offs of pork, but I figured while in England I should eat a traditional dish. It was actually pretty good, and came with mushy peas. I hate peas, but I could eat mushy peas regularly because they were pretty good! 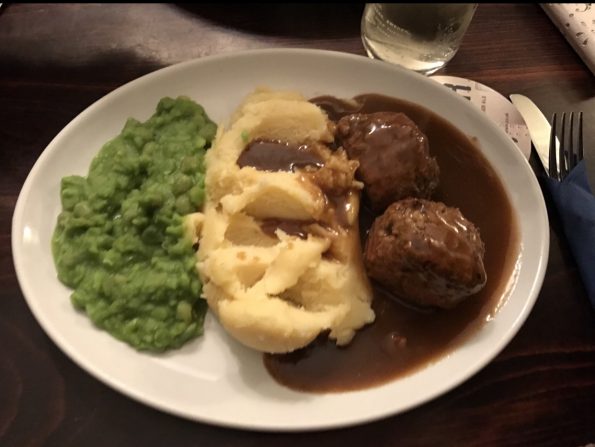 The next day we met Adrian’s brother and toured Ludlow which is a small town that is full of charm. A lot of the shops were closed because of the time of year. Pretty much everything is only open on the weekends, even the Ludlow Castle was closed. We were able to tour the Castle Lodge which is a mansion right next to the castle that was really cool to walk through. After Ludlow, Adrian took me to an open mic night where we saw a lot of good bands perform.

The next day, I hung out with Adrian’s brother and his kids again. We went and had lunch and walked around Bewdley which is another small town in England that sits along the River Severn. This town also had some amazing buildings that are left from so many years ago. Again a lot of shops were closed, but just walking around the town, and seeing what it had to offer was nice. That night I was able to see the band Adrian is in, The Cravats, at a rehearsal, and then we went to a pub where I sampled all of the flavors of Sambuca that the pub had to offer. Needless to say, it was a fun night, and a good way to end my time in Birmingham.