I have visited Knott’s Scary Farm in the past, and it has always been a great place to go for celebrating the Halloween season while getting a good scare. Knott’s Scary Farm is the biggest haunt in terms of things to do. There are 14 rides, 9 mazes, 5 scare zones, 4 Skeleton Key rooms, and 2 shows for you to choose from, way more than you would be able to do in one night. Luckily, I was able to attend two nights, Friday October 14th, and Saturday October 15th, but I still wasn’t able to do everything! What I was able to do was great, so here is everything you need to know for your next visit to Knott’s Scary Farm.

There are a few different ticketing options, the main one is a one night admission starting at $42.00. Tickets are less expensive on Thursday and Sunday nights, more expensive on Friday and Saturday nights. If you plan on going two nights or more, I highly suggest buying the Scary Farm Pass. For $90.00, you can get into Knott’s Scary Farm every single night they offer Scary Farm, and it gives you a 10% discount on food and merchandise throughout the park. This is a really great deal, I even bought one for just the two nights
that I was able to go. The third option for buying tickets is an admission and fright lane combo which starts at $110.00. With this option, you get admission to the park, and priority access to all of the mazes. The admission and fright lane combo also gives you one time access to all 4 of the Skeleton Key rooms. Last but not least, you can pay an additional 27.99 and get early admission into the park, as well as enjoy a buffet with the monsters before the fun!
Note all of these prices are based on buying tickets in advance online. Prices
do increase if you wait to purchase at the gate.

The main reason to go to Knott’s Scary Farm is for the mazes, and all 9 mazes are well worth it! I had a front of the line pass and was able to get into all of the mazes over the course of both nights, but if I didn’t have a front of the line pass, or had not spent two nights, I would not have been able to go through all of them. A few of the more popular mazes (like Infected), had wait times at one point of 3-4 hours! How crazy is that?! The Scary Farm is only open from 7pm- 2am at the latest, and with wait times like that it will only allow for you to see 3 mazes at the most without a front of the line pass. Something to think about if you are planning to attend, especially as Halloween gets closer.
This maze takes you into a haunted hospital where spirits of abused and murdered patients are still roaming around. I loved the way the maze started, when you walked in, it was as if you were a part of the show that was being filmed. They use really cool techniques with bungees as well.

If you like gore and blood, this maze is definitely for you! Everywhere you look there is blood, crazy animals, and lots and lots of hay. You are in a barn after all, it is just a little bit scarier than most other barns I have had the pleasure of being in. One thing to keep in mind is there are a few areas where you have to bend down to get under bales of hay.

This is one of my favorite mazes from this year’s Scary Farm! It wasn’t the scariest maze they offer, but the detail that was put into it is incredible. The maze takes you through a Japanese temple where samurais, geishas, and grudge like creatures roam throughout. Shadowlands uses a lot of bungee affects as well.
Infected wasn’t just a maze in the normal sense, it is an interactive maze where you shoot at zombies with laser guns! This is probably the most fun maze I have ever been to, and I loved the fact that even if you died 20 times, you could still continue to play the game. I actually killed 10 zombies, and didn’t die!
The Old West comes to life in this maze. Gunslingers Grave is probably the loudest maze of them all, but it is still enjoyable! As you make your way through the maze, you see ordinary cowboys and cowgirls turning into werewolves. Throughout the maze you can see up into the sky, and when I went it was starting to rain which added a little scary-werewolf- blood moon curse factor to my experience.

If you are expecting the nice tooth fairy that puts money under your pillow for teeth, then this is not where you want to be. The maze throws you into a world of scary dentistry. A lot of special effects and animatronics are used throughout the maze. One of my favorite parts was walking through a hallway with mouths lining the walls that were going crazy, and of course seeing the tooth fairy up close and personal.

Trick or Treat is the maze with a classic Halloween feel. As you walk in, there are trick-or treaters dressed up leading you throughout the house. Also, the house you are in isn’t just any ordinary house; it is the Witch’s house! You go through her home, seeing here cauldron, her dining room, and finally the attic where you can get up close and personal to the witch.
Dead of Winter is a maze that is supposed to be about an evil snow queen, but I really didn’t get that feel from it. Honestly, it reminded me more of Game of Thrones White Walkers then it did a snow queen. Either way, I really liked it!
Voodoo was my favorite maze of night! The detail as you walk through the maze is really amazing, and I really felt like I was in the middle of a Voodoo ritual in New Orleans at certain times in the maze. The scare actors had a lot of good hiding places and can really scare you at times because you are so distracted by the detail in the maze. I loved it!

I did not do any of the Skeleton Key rooms, but I definitely want to do these in the future! With this trip, even with having two days, I didn’t feel like I had enough time at Scary Farm to enjoy everything. There are just so many things to choose from! I can tell you that the Skeleton Key rooms had long lines, and people seemed to really like them as they were coming out. There were four rooms this year, Visions, ZOZO, Slasher, and Prey.

If you thought that the mazes would be the only scary part about going to Knott’s Scary Farm, then you would be mistaken. The entire park, from the moment you first walk in is filled with scare zones where monsters are walking around literally just to scare you. The zones this year were, Carnevil, Deadly 7, Fiesta de los Muertos, Ghost Town Streets, and The Hollow. Each of these zones had plenty of monsters walking around to scare you, but my favorite was The Hollow. It was definitely the darkest of them all, and the monsters seemed like they had more freedom to interact with the guests. There were a few who we really got to know, like the gnomes, and it was very interesting to hear their backstory. It is also a fun place to sit down, have a drink or snack and watch others get scared, but beware because the monsters could just pop out from behind you no matter where you are!

There are two shows at Knott’s Scary Farm, Elvira’s Danse Macabre, and The Hanging. Elvira has been at Knott’s for the past couple of years, but her show changes each year. I personally thought this was one of the better shows I have seen of hers because you really got to see Elvira more than before. The performances were also amazing to watch! The Hanging is a show that they have every year at Knott’s Scary Farm, but I didn’t even go this year because I haven’t liked it in years past. It is basically just a show where they make fun from pop culture during the past year, and at the end they always hang someone. There is always a big crowd waiting to see it though. 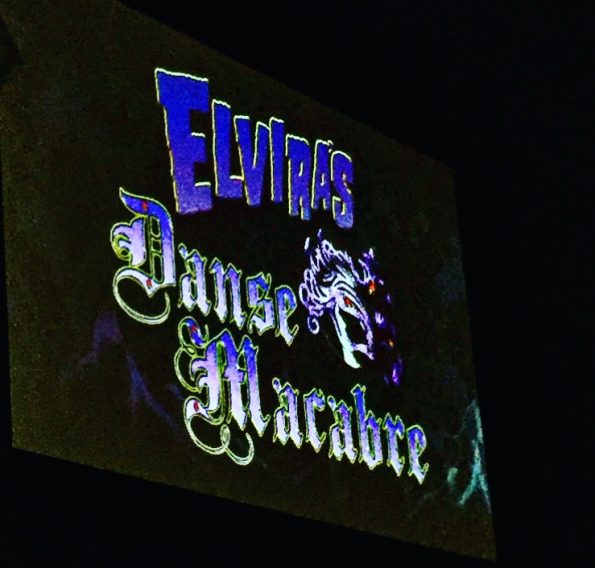 According to www.knotts.com/scaryfarm, there are 14 rides that are open during Scary Farm. I didn’t go on any of the rides because the lines were really long and I decided to spend my time focusing on the Halloween parts of Knott’s Scary Farm. I have however been on some of the rides before, and they are so much fun!

My experience at Knott’s Scary Farm 2016 was a really great one! I am happy I had more than one night to go, because I do not think I could have done everything in only one night. I highly suggest you spend the extra money on a front of the line pass; it is worth it for how long the lines can get, especially for some of the more popular mazes. Lastly, if you are going, expect to get scared; don’t be rude to the scare actors and tell them how they didn’t scare you, or yell at them for chasing you. I saw a lot of this type of attitude from people while I was there, but why would you go if you weren’t expecting to get scared? After all, it is what they are paid to do.