My Travel Diaries: A Not So Magical Day at Disneyland Paris

I went to Disneyland Paris today and was very excited to have the chance to go, but my trip was not as magical as I would have hoped. I took the metro to Disney Paris, and it was supposed to be about a 1 hour ride in total. I have been taking the metro everywhere I go in Paris, and I’m by no means a pro, but I do understand how to use it. Well, I ended up going the wrong way on the RER A and went a little out of the way, but I managed to get back on track (ha! Literally!) and was on my way to Disney. When I got there it was really busy, but that is to be expected. Everything was gorgeous though! They still had the Christmas decorations up, and it was magical walking in. 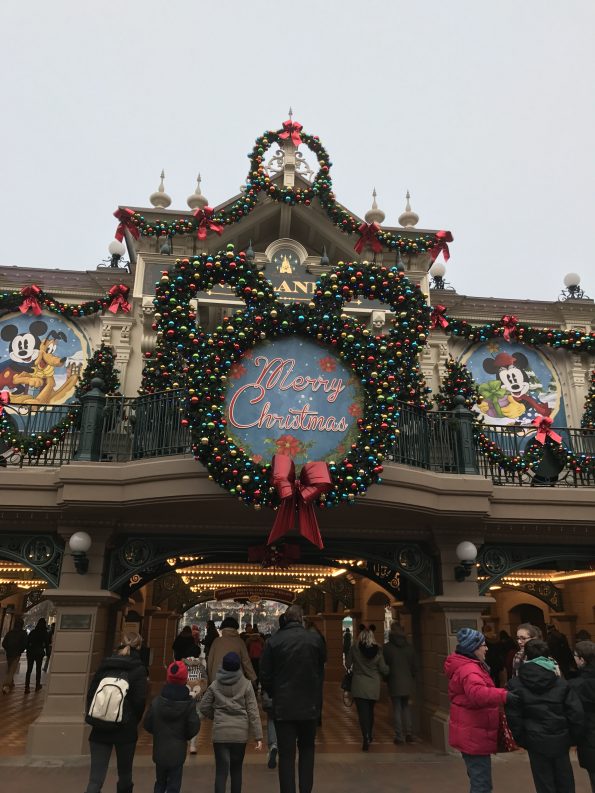 The first ride I did was Phantom Manor, which is just like Haunted Mansion in the U.S. but with a little bit of a different story line. I then ventured along and went to some other rides, but while I was walking to get into the line for It’s a Small World, a lady with a stroller hit me really hard from behind right in my knee. She didn’t even apologize and kept walking. It hurt a little, but nothing to worry about, so I went onto the ride. By the time the ride was over my knee was throbbing, It probably had something to do with the fact that she hit my right knee that I’ve injured in the past, so I thought I should go get lunch and let it rest for a little bit.

The lines for food were crazy long and my knee was getting more painful by the minute. I eventually got some food and found a table to sit at, where I stayed for about 1.5 hours just resting. I had a plan to go ride Tower of Terror and Buzz Lightyears Laser Blast before heading back, but on my way to Tower of Terror it was hard to even walk. Knowing that we have both of those rides back home, I decided to visit World of Disney and then head home. I had originally planned to stay until 10pm, but i left at 3pm. When I got back I just went straight to the bed where I could use pillows to elevate my knee, and I stayed there all night. I didn’t go get dinner or anything because i was in so much pain.

Other than this mishap, the first half of the day spent at Disney was indeed magical, and I will write about it in a post dedicated just to Disney! However, I would like to return and finish the rides and stores that I wasn’t able to go to when I’m in Paris again.

One thought on “My Travel Diaries: A Not So Magical Day at Disneyland Paris”