Hi everybody! I have landed in China, and I am very excited to be here, but also a little apprehensive as I realize I didn’t do quite as much research as maybe I should have. My hostel is great; it’s clean, has a good atmosphere, and is located on a street with a lot of local shops and restaurants that really help you to submerge yourself in the surrounding culture. I really do love it.

My trip getting here was about as good as it can get. I flew from Tucson to San Francisco, and then San Francisco to Beijing. On both flights I had the entire row to myself! How awesome is that?! I literally sprawled out and laid down in my row, and also used all of the pillows and blankets in my row to make a little corner fort. This was awesome because I felt refreshed and rested when I landed in Beijing, however I still needed a shower. 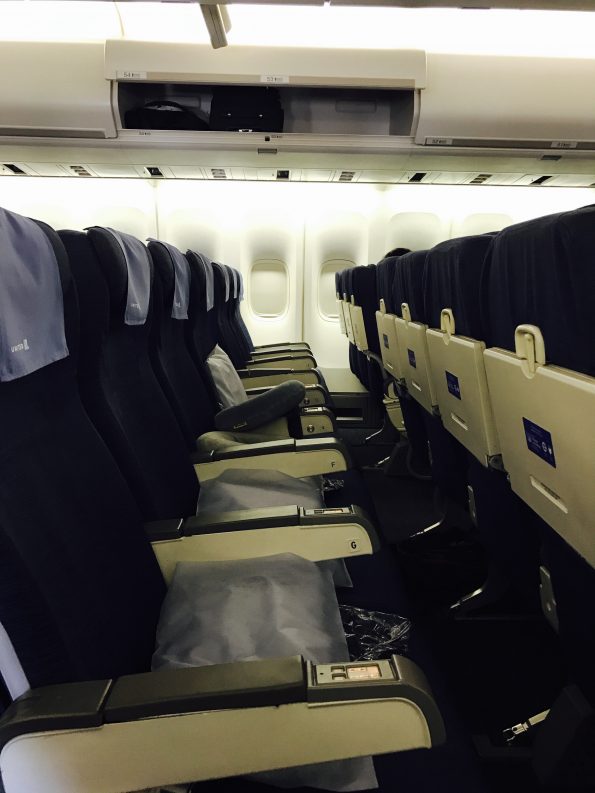 From the airport I decided to just take a taxi to my hotel, and the journey took me almost 3 hours due to all of the traffic. It was nuts. The driver also just dropped me off right next to a busy street and said just go that way while pointing to my right…. And that’s what I did until I saw the Leo Hostel sign. By the time I got to the hostel and checked in I was actually tired, so I did the one thing you shouldn’t do when traveling to a new destination, I took a nap. I told myself it would only be 1 hour, but it turned into about 6 hours. When I woke up at 2 AM, I wasn’t sure what to do with myself so I just did some research and watched tv shows that I wasn’t following at all. I actually forced myself to sleep for another couple of hours and when I woke up the plan was to go to The Temple of Heaven. It’s about a 40 minute walk from the hostel which isn’t bad, but the air quality today was bad so that trip has been postponed until Sunday. 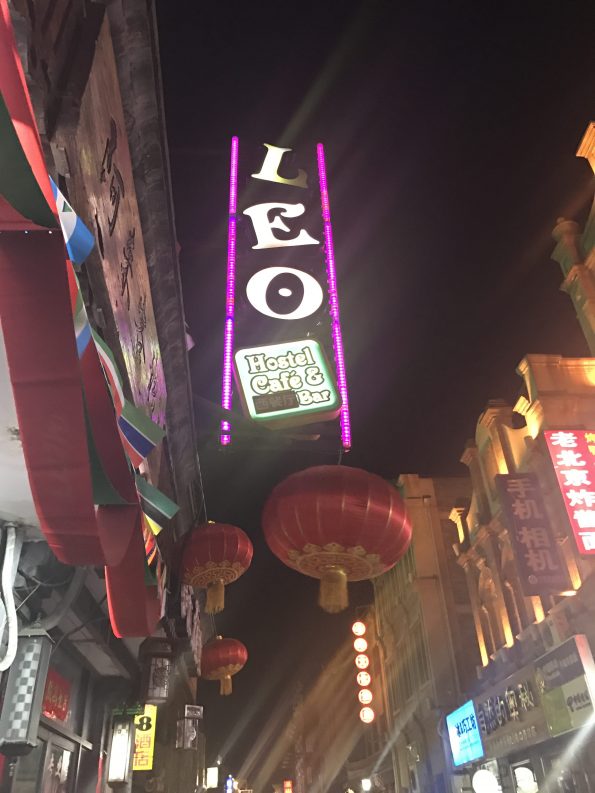 My back up plan was to just walk around the street where the hostel is, and that’s what I did! The street is filled with shops and people, there’s also what I think are apartments that locals live in, a lot of bikes, and even more restaurants that I want to try. My walk was nice, but people here blatantly stare at you especially when you’re a foreigner with blonde hair and green eyes. I was out walking for only an hour or so and already had people coming up to just touch my hair, take a picture with me, or just take pictures of me without asking. I don’t get uncomfortable too often, but this walk made me really uncomfortable and I headed back for the hostel where I had a great lunch of dumplings. The plate of dumplings was big, and only cost $4.05, what a deal! Now my only dilemma is trying to figure out if the bottles water they sell at my hostel are safe or not.

Speaking of water, the bathrooms here are quite smelly, both the shower and toilet. But I’m not in America anymore, so I can’t complain about it! Overall I am enjoying this new destination, I just have more culture shock than I was anticipating.