China is really an amazing country, but it is such a hard country to adjust to, especially coming from the states where we have the luxury of using toilets that you can sit on. I knew coming here that squat toilets were the norm, but I guess I didn’t think I would actually ever use one. I was definitely wrong with that assumption. 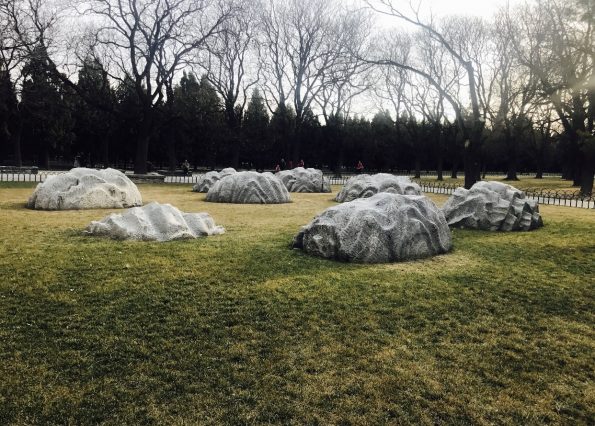 It all started by going to the Temple of Heaven. The temple is inside a huge park, and you either pay 10 yuan just to walk around the park or 28 yuan to walk the park and go inside the temple. I wanted to do it all, but unfortunately the tickets were all sold out for the temple, so I just walked the park with a guy I met back at the hostel. After walking for a while I realized I had to use the bathroom and was lucky enough to be walking past one at the time. Going inside, it looks like a normal bathroom, complete with your own personal stall, but there is no toilet you can sit on, just something in the floor to squat over. There is also no toilet paper, so if you ever travel to China definitely pack some! Another thing these bathrooms don’t have is soap or sanitizer of any kind, so just another thing to bring with you. I’m happy I brought all of these items. 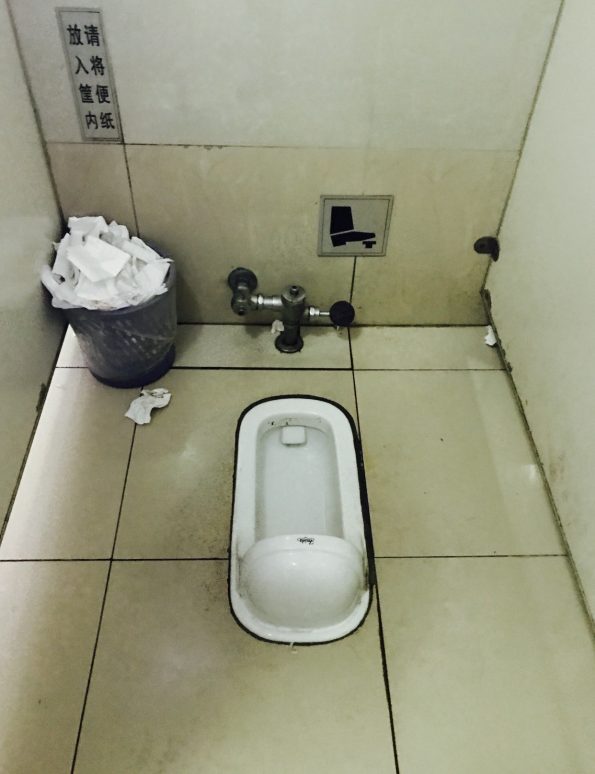 With all of that being said, I will always remember March 11th, 2017 as the day I used my first squat toilet. After our outing in the park we decided to go to the Pearl Market which is right across the street. While the Pearl Market has pearls on the top floor, it is famous for its vendors selling you souvenir type of things as well as knock off everything. They have belts, bags, shoes, luggage, and even toys. The people selling are also VERY pushy. I got trapped into buying knockoff Chanel purses that I didn’t even want by a lady pulling me into a stairwell. It wasn’t in a threatening way, but that’s where they take you because I’m pretty sure it’s illegal for them to sell these items. 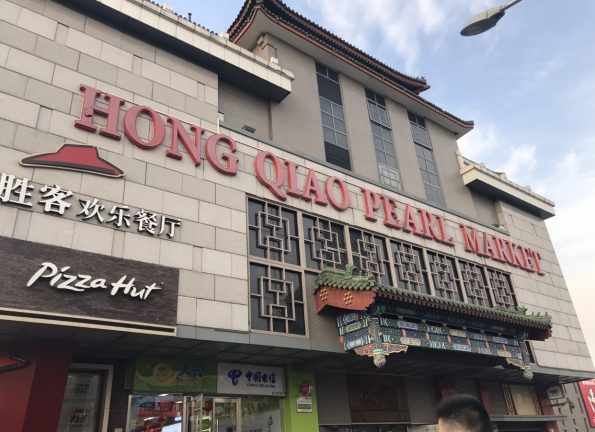 You’re probably thinking why didn’t you just leave? The answer to that is because I was super intimidated by the lady pulling me into the stairwell, and when we got inside there were two security guard looking men waiting and watching during “negotiations”. I was also separated from Dip, the guy who I met at the hostel. To get back to what happened, she brings in all of these bags – Louis Vuitton, Chanel, Prada – you name it, I’m sure they had it. I went for the Chanel, and they actually looked pretty nice. The starting price was way high, and we ended up negotiating it down to basically nothing, but now I need to find room for these two purses I ended up with in the end.

After my purchase was done I ended up meeting with Dip and we went to the pearl floor. It was stunning, and there were so many pearls! I didn’t buy any, but just looking at them was enough. From there it was dinner time, and I had heard of a place that serves really good Peking Duck right near our hostel so we decided to go there. I have never had duck before, but Peking Duck is a must eat dish while in Beijing, so that’s what I did!

The duck was amazing. They start out by bringing you just the duck skin, then the meat, then the meat and skin still together. After all of the meat has come out, they serve pancakes, vegetables, sauces, and sugar to make what I like to call “duck fajitas”. Our waitress made the first one for me to show how to properly do it, she started with putting the skin in the sugar (YUM!), then dipped some of the meat into the sauce and you use that as your brush for getting the sauce onto the pancake. From there, add whatever you want! They had cucumbers, sprouts, chili paste, and onions. Keep in mind too that all of this is done with chopsticks, not spoons or forks. The last thing they do for the dinner is use the carcass for a soup that is super yummy, and it only cost about $15.00 for the entire meal. The dinner was truly amazing, and I’ll definitely go back again before leaving Beijing.

My second day in Beijing was definitely better than the first. I’m not as shocked by everything, I’ve been able to dive into the culture more, and I’ve seen some really amazing temples and buildings so far. Can’t wait for my next adventures!