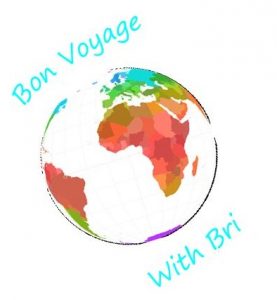 The last three years of my life have been an adventurous whirlwind and I couldn’t be happier. Growing up I was always intrigued with the world, with seeing what was out there. I remember always talking about other countries and saying that I would see all of them one day. Luckily my parents always said that I could.

Money isn’t something that everyone has extra of while in college, which made me think I really didn’t have the opportunity to travel. Fortunately, I met some people at my job that kept telling me it was possible. I did some research and decided that traveling was what I wanted to do, so I found a way to make it work. After a lot of research, I found a great tour of Ireland and planned a big European trip around it. That trip, my first big overseas solo adventure, was a huge turning point for me. I found myself traveling from country to country all by myself and fell in love with everything. I loved making my own schedule and submerging myself into the culture wherever I happened to be at the time.

Going from one attraction to another, sitting in cafes, and mingling with locals is what made me happy. After arriving home from my European trip I started saving as much money as possible while also looking for good deals to any destination. I ended up visiting a total of 14 countries in the last 3 years and have had the most amazing adventures while also meeting people that I hope will be in my life for a long time.

This year Bon Voyage with Bri, my beloved blog, turns 3! This has truly turned into my baby. I think about it constantly, whether it is about how to make it better, or what content to add next. When something happened to it, I could feel my heart breaking, but I couldn’t let that stop me, I just had to push forward to make it even better.

With the blog turning 3, I thought I should take some time to reflect on some of my favorite memories over these last few years.

When I first arrived in China, I had major culture shock and stayed in my hostel the first day because I did not know what to do. I ended up meeting a guy named Dep who was super nice and happened to be going to The Temple of Heaven, the same place I wanted to go to that day. I asked if I could tag along, he said of course, and we spent the day together. At night we had an amazing dinner of Peking Duck. One of the best meals I have ever had, honestly. We also ended up sharing with another girl who was from Italy that sat at a table alone next to us. All three of us ended up sightseeing together for the rest of our days in Beijing.

I couldn’t believe the sheer beauty of Iceland when I arrived, nor did I expect to meet the best group of girls to spend my trip with either! Kyra, Sophie, Paisley and I found a vegan ice cream shop early on during our trip, and we literally went back every single night for dessert. It was seriously so amazing! It is almost embarrassing how often we went there, especially since we were in another country and probably should have tried other places. But, if I really think about it, there are no regrets. I cherish those nightly walks to the ice cream parlor after a day of exploring with those 3 wonderful ladies! 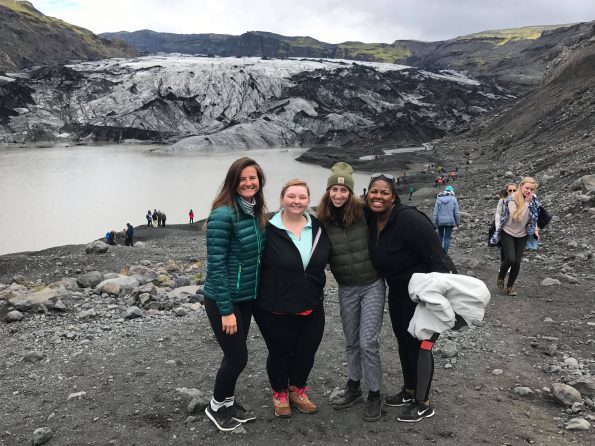 Kyra and I were both headed to Edinburgh after Iceland, and we hit it off so well that we decided to explore together. On our first day there we went to a scotch tasting. I really wasn’t expecting to get drunk off of a tasting, but I soon found out scotch is some strong stuff. I also was not only drinking mine, but Kyra’s as well because she was not a fan after the first glass. So double the amount! When we were done with the tasting, I had to walk down some stairs which was interesting after the scotch, but we made it through… happily. 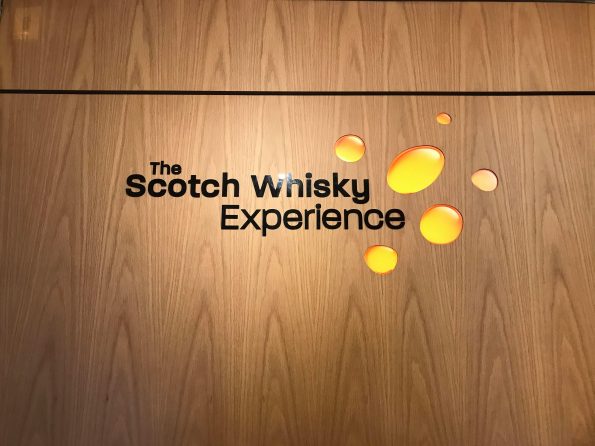 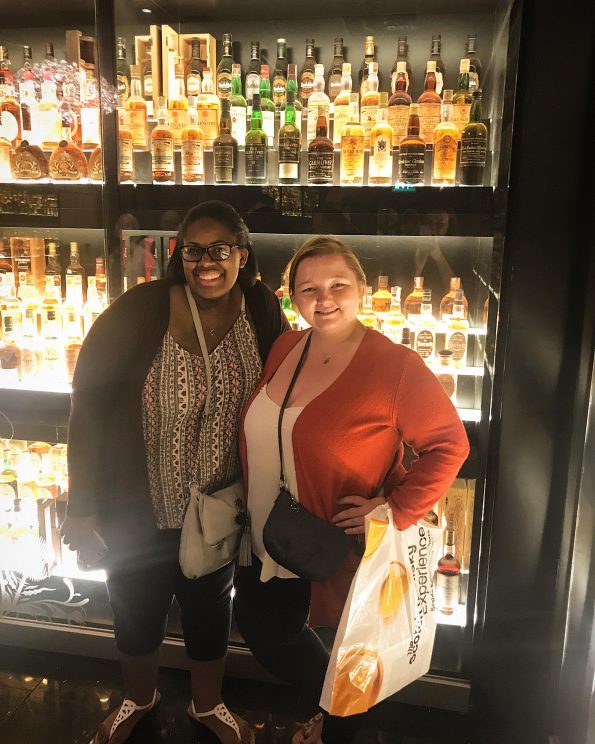 A story from the states… and a funny one! I took a quick weekend trip with my boyfriend and 2 close friends to Orlando because we got a killer deal on some flights. Ross and I wanted to go play in the ocean, so we got dressed and walked to the beach. I was telling Ross, “come on let’s go in the water!”, but he was hesitant. We were walking to the water and all of a sudden he grabbed my arm and started running as fast as he could towards the water. My legs are so much shorter than his that after a minute or so I could feel my footing getting twisted up and I face planted right when we hit the water. I couldn’t stop laughing and water was getting everywhere, it was really one of the funniest things that has ever happened to me. I hope someone caught it on camera and one day it comes back to find me, or I see it on America’s Funniest Home Videos. 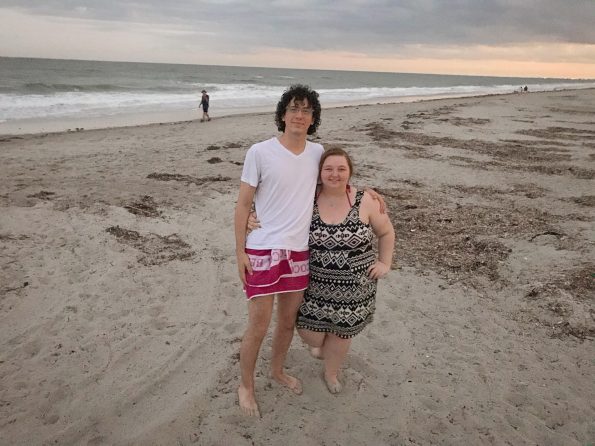 Before I left for this trip I had read that one of the “must try” dishes in Croatia was one that was baked “under the bell”. You can find it throughout the country with different options such as lamb, goat, fish, octopus, among other items. We stopped on the charming island of Mljet and saw it on the menu at one of the restaurants. Five of us girls decided to try it out and had the best dinner ever! The dish took 4 hours to make, so we spent the time having appetizers, drinks, and a lot of laughs. It was definitely the longest dinner I have ever had, but because of it, I made lifelong friends. 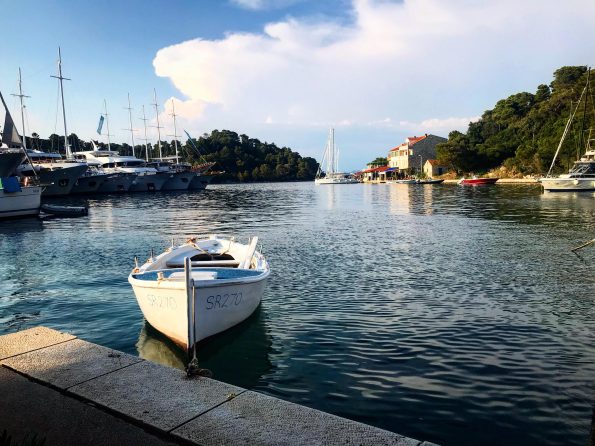 When I arrived in Brussels, I just had a weird feeling for some reason. I felt very uncomfortable from the time I headed there till even when I arrived at my Airbnb. However, I pushed through and went exploring. I was on foot because my Airbnb was only about a 30-minute walk from the Grand Place, and I love walking when in a new country too. I didn’t realize it but it had snowed the night before and I only had my regular boots with no traction. Needless to say, it was a slippery walk that turned into taking about 1.5 hours. I couldn’t stop slipping because the sidewalks and stairs where I was were all made out of marble and just so slick. I was scared to go too fast. Just as I was getting so frustrated because my phone had also died so I was just straight up lost, I turned a corner and my jaw dropped. I was standing in the Grand Place and it was gorgeous! So stunning, and just proved to me that you should always keep going. 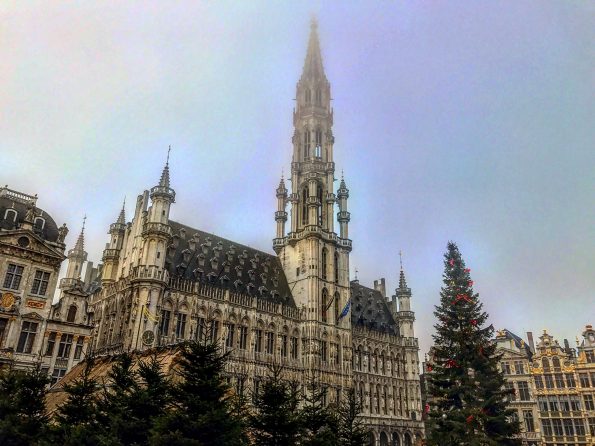 During a cruise, we stopped in Belize and were able to experience the non-touristy side of the country as one of our friends on the cruise has family there. We spent the day snorkeling and swimming with sharks. I have never had so much fun. I didn’t know how to snorkel at first which meant for some hiccups on the first dive, but I figured it out. I just look back on that day and become so happy. Our entire group was at peace. We even had an amazing lunch at a local place with some Belizean Stewed Chicken and Fry Jacks. So good! 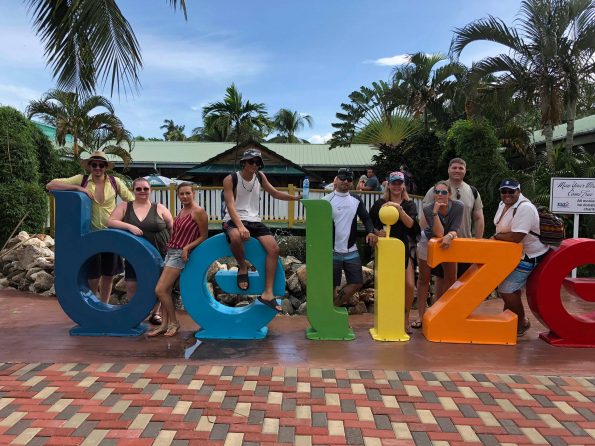 Hiking the Great Wall of China was something I had dreamed about my entire life. Ever since I watched Mulan, I remember thinking I am going to be there someday. I made it happen and luckily my hostel had access to an area of the wall that was still original. Not only did we get to hike the wall but stepping on the original stones is something I just can’t put into words. On our way down, we had to slide on our butts in some areas because the stones were just way too wobbly. A day I will never forget. 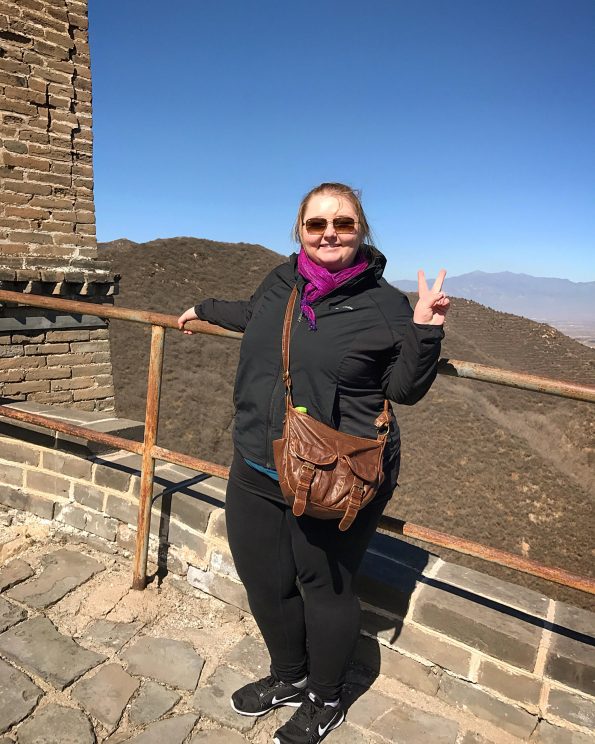 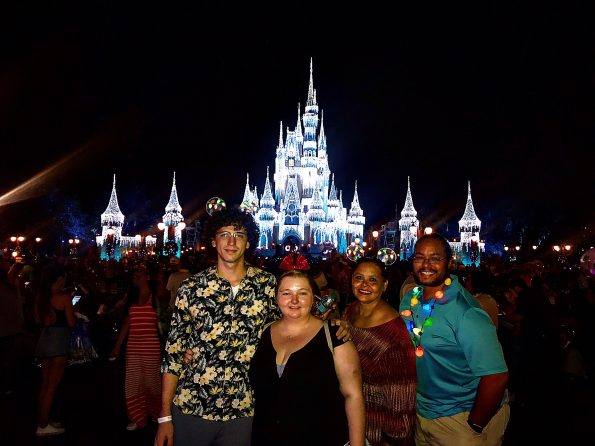 One of my most cherished memories from our cruise is definitely when I beat Ross at mini golf to become to Ultimate Mini Golf Champion! I may have made up that title, but I still won. We were looking at the daily schedule and came across a mini-golf event, so we decided to go play. The event only had a few other people there, but it was awesome to play at the top of the cruise ship. I won the gold, and Ross won silver, which he will never live down. 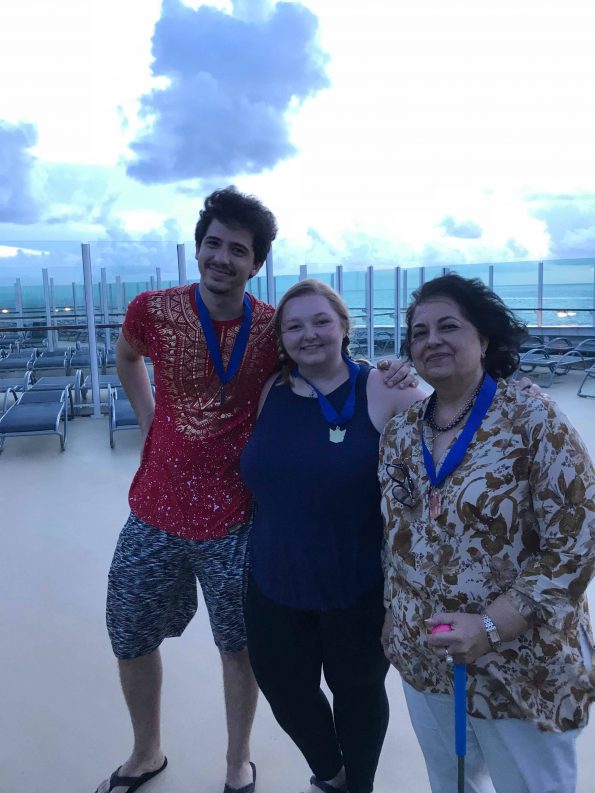 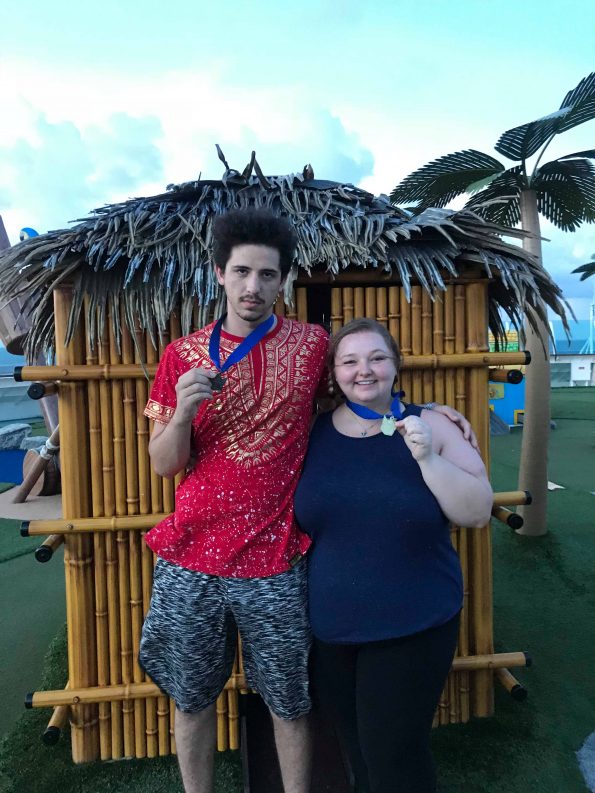 These are just a few of the memories I have made these last 3 years. There are so many more, but those stories will come out with time. I hope you enjoyed reading these and that maybe one or two of them have inspired you to take a trip yourself. If you have any fun stories comment below! I would love to hear them!