Halloween Horror Nights or HHN as I refer to it, is hosted by Universal Studios at all four theme parks, Hollywood, Orlando, Singapore, and Japan. This year, I attended HHN at Universal Studios Hollywood, and loved my experience. I have gone to HHN in the past, but it has never been my favorite haunt to visit. Don’t get me wrong, I have enjoyed every year that I have gone, but this year it was by far my favorite haunt to attend! They change the mazes and scare zones every year, and this year’s Halloween Horror Nights brought out all of the classic scary movies, plus some awesome new ones. If you are brave enough to attend, make sure to read up all about the fun I had at Halloween Horror Nights 2016. 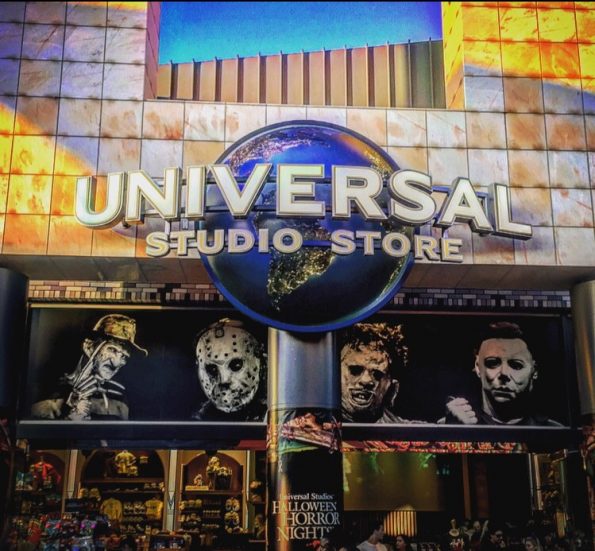 There are a few different ticketing options like most haunt events in California. 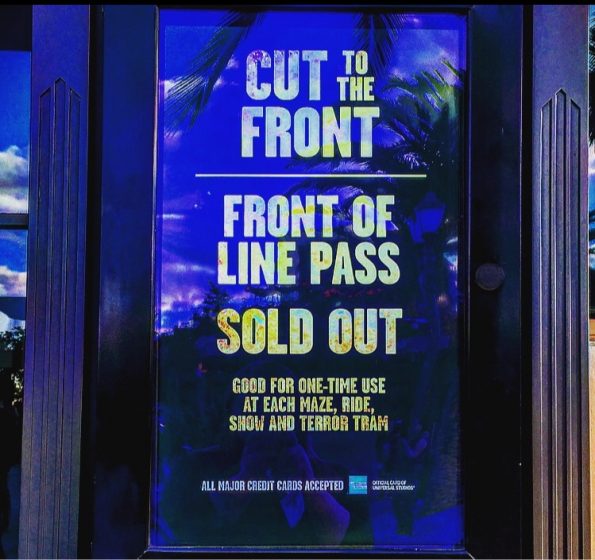 AHS is one of the best and most popular shows right now, so of course it makes sense they would make a maze out of it. The maze only includes 3 of the seasons; Season 1’s Murder House, Season 4’s Freak Show, and Season 5’s Hotel. There was a lot of anticipation for this maze, but I honestly think it may have been better had they included all of the seasons. It also wasn’t the scariest; I believe it was more of an enjoyable maze for AHS fans. Overall, it was very cool to be able to feel like I was in the murder house, Jupiter, FL, and The Cortez Hotel.

This is definitely one of the best mazes at this year’s HHN! You get to walk through the home of Regan Macneil and see her transform due to demonic powers. There are a lot of animatronics in this maze which I loved. Also, make sure to keep an eye out for the priests, you may get some holy water sprayed on you!

Leatherface comes to life in this terrifying maze. You are able to walk through the family home and meet the entire clan of cannibals. I really was scared in this maze because it seemed like there was something lurking around every single corner. I also felt like we were actually in the home because Universal Studios really puts money into these mazes. For instance, when you walk into the first part of The Texas Chainsaw Massacre, you are in the kitchen area, and a bacon aroma surrounds you… So cool!

Two of the biggest names in horror history come together in this maze! It is a showdown between the two based on the movie Freddy vs. Jason. This maze will scare the crap out of you, not only because these two characters are terrifying, but also because there are a lot of 1-2 punches. At first, you walk through and learn the story of Freddy, then you walk through and learn the story of Jason, and finally, you are walking between the two of them seeing their story unfold before you. 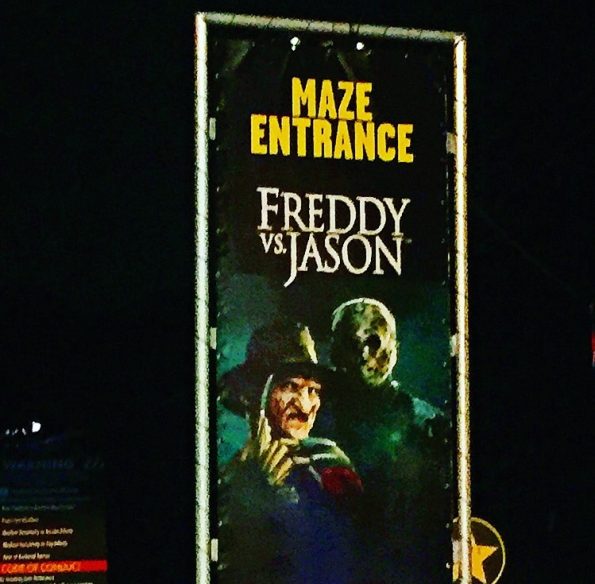 This maze is a sequel to a Halloween maze HHN put on back in 2015. I love Michael, but this maze wasn’t as scary as it could have been. While walking through it, a story was unfolding more than the actors coming out at you to get you scared. Halloween was still a great maze, but if I had to rank them, it would be on the lower end for me.

Krampus is an old legend about what happens to naughty boys and girls during the Christmas season. HHN did a really great job with this maze while making you feel like you were really there. When you are walking through the house, you can smell a fire burning, gingerbread cookies, and you also feel really cold, like you are actually in the middle of winter somewhere. Krampus also comes out and really gets you with great scares! I know I will be making sure to not be on the naughty list this Christmas season. 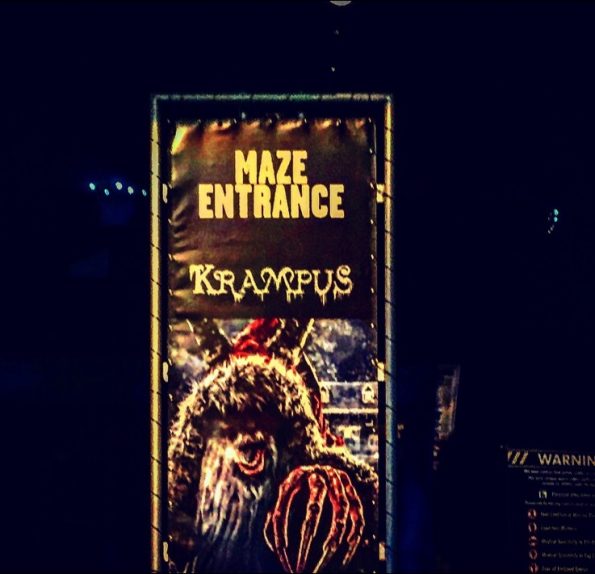 There are two attractions that aren’t really mazes at HHN. The first is the brand new Walking Dead Attraction. Universal Studios Hollywood just opened this attraction in July, and it is open all year. It is based on the television show The Walking Dead, but for HHN they make it darker, scarier, and bring out even more actors to scare you. It is a really fun walk through attraction that I highly recommend. 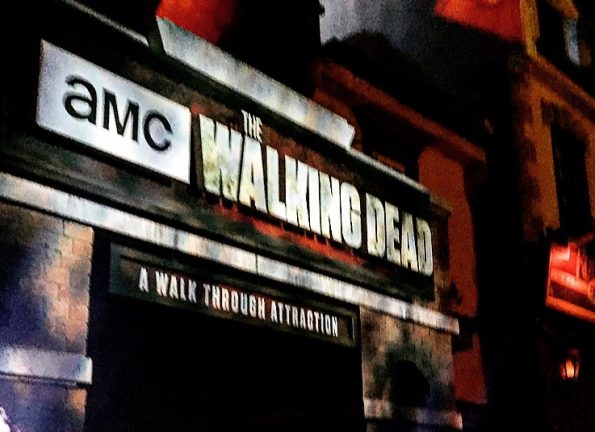 The second attraction is the Terror Tram. In the years that I have attended HHN in the past, I have never done this, so I made sure to ride it this year, and I am so glad I did. This year Eli Roth created the story for the Terror Tram, Hollywood Harry. Hollywood Harry is a serial killer clown, and when you initially ride the tram, you watch a video that is a backstory for what you are about to enter. As soon as you step off the tram, there are many, many clowns with chainsaws. If you make it past them, there are two mazes you can walk through; the first takes you around The Bates Motel, and the second is up a hill where you walk through a Circus. While I am glad I went through it at least once, I do think only one time is enough. 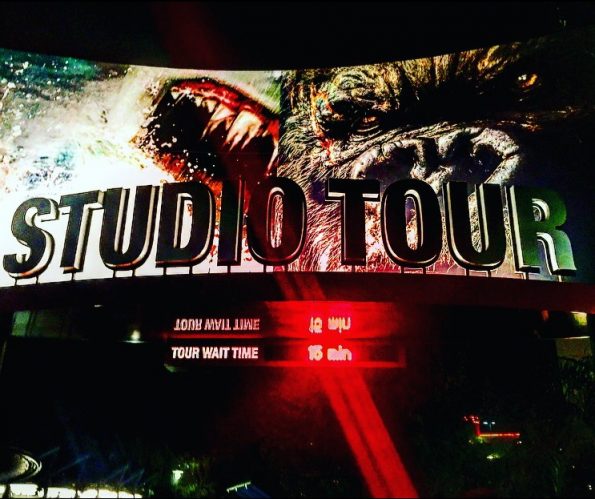 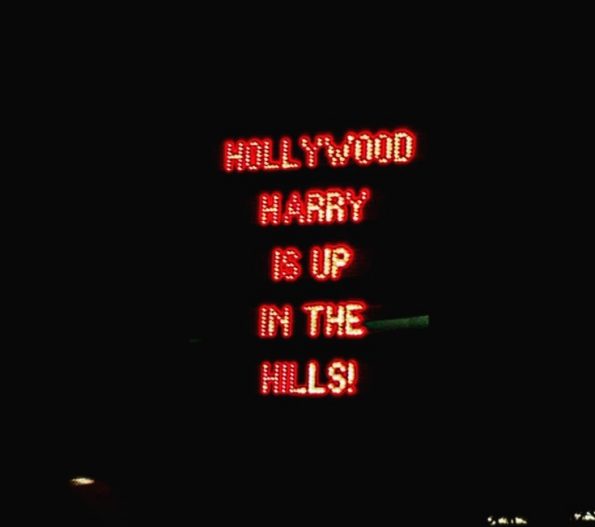 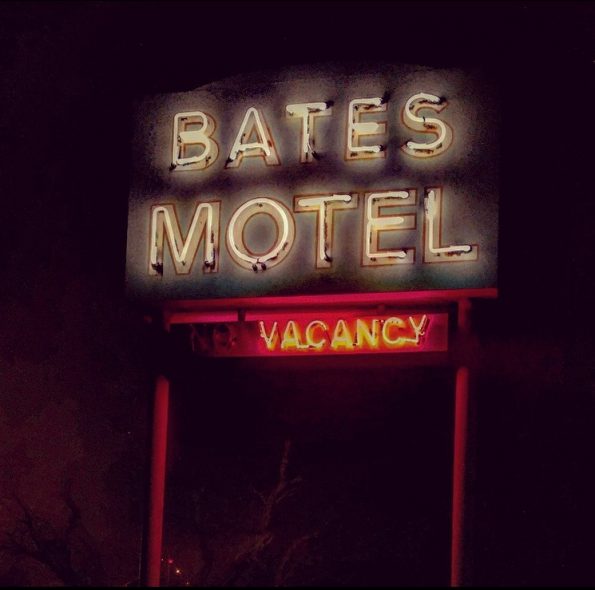 I did notice there weren’t as many scare zones as in years past, but all of the zones were based on The Purge: Election Year. There is a zone when you first walk into the park, and there are so many characters, it is hard to get away. I do like the way they did the scare zones though. They were more like bigger walk through open mazes based solely on The Purge, and to get the upper or lower lot, you had to walk through them. 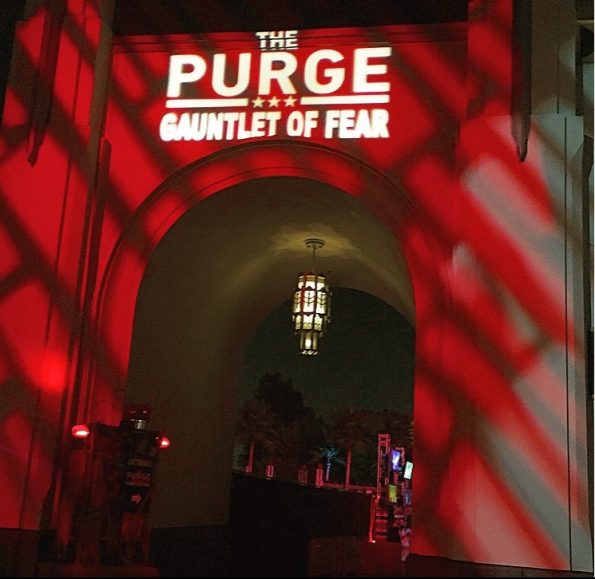 The Jabbawockeez performed at HHN last year as well, but this was my first year seeing the show, and I think everybody should go see it! They are amazing dancers, and it is included in your admission cost, so you may as well take a little break and go watch them. We did the first show at 6:15 and got it out of the way before the mazes even opened up so that there would be time to get everything done. The show lasts about 30 minutes. 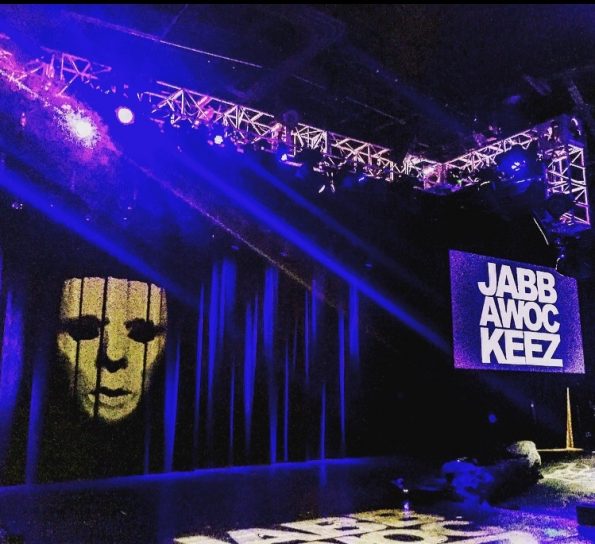 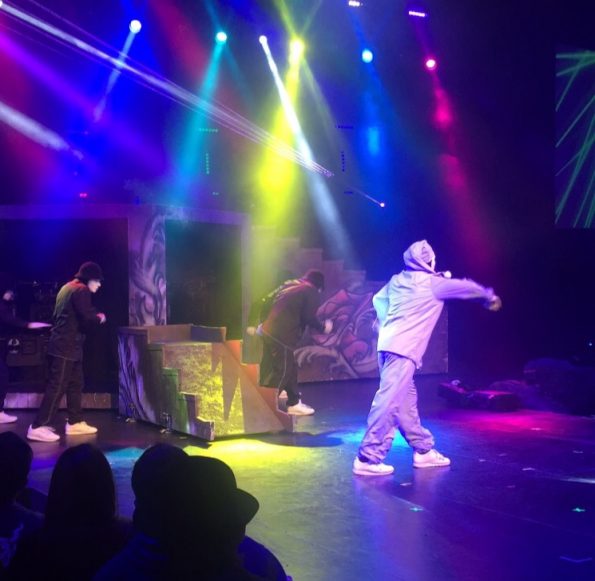 Only four of the rides are open during HHN, Transformers 3-D, The Revenge of the Mummy, Jurassic Park in the Dark, and The Simpsons Ride. If you can get all of the rides in, great, but if you had to choose only two to do, I would suggest The Mummy, and Jurassic Park. They are the classic, and in my opinion the best rides at Universal Studios Hollywood! They are also the more Halloween themed of the four that are open. Harry Potter world isn’t open at all during HHN.

Halloween Horror Nights isn’t the biggest haunt event in Southern California, but they definitely bring production value to what they do. Actual shows and movies are filmed on the property, so they know exactly how to set a scene, and hire really great actors for HHN. When there, you really feel like you are in the movie that is being portrayed; from the smells, costumes, and props, it all comes to life right before you. Just like any other big haunt, expect long wait times, especially for popular mazes. 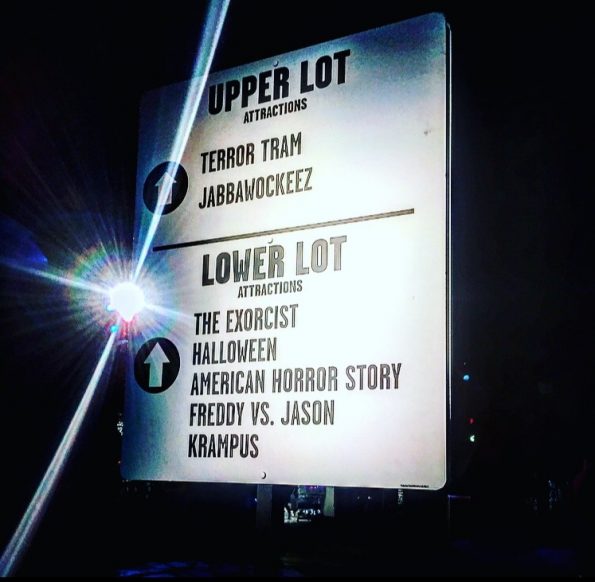